Like every event, The National Running Show have their own motto. ‘It doesn’t matter what age you are, how often you run or the pace you run at’. If you get out the door and run, you are a runner! It’s about having fun and enjoying the wonderful support that comes with being part of an amazing community and supporting each other with each achievement you make.

Dame Kelly Holmes, who won the gold medal for the 800 and 1500 meters in the 2004 Athens Summer Olympics, and still holds the British records for the 600, 800 and 1000 meters, kick started the weekend by officially opening the show. 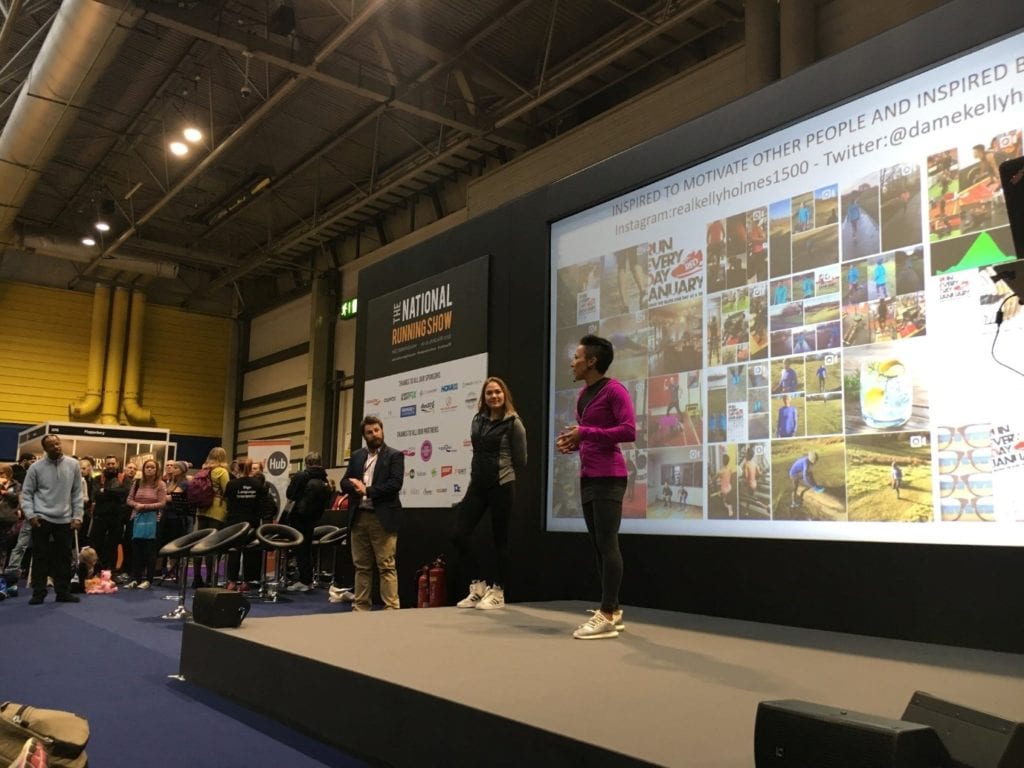 Dame Kelly Holmes wasn’t the only big name at the event. The show also saw the likes of Jo Pavey – a five-time Olympian long distance runner, Ben Smith – the man who ran 401 marathons in 401 days, and Susie Chan – a social media influencer. 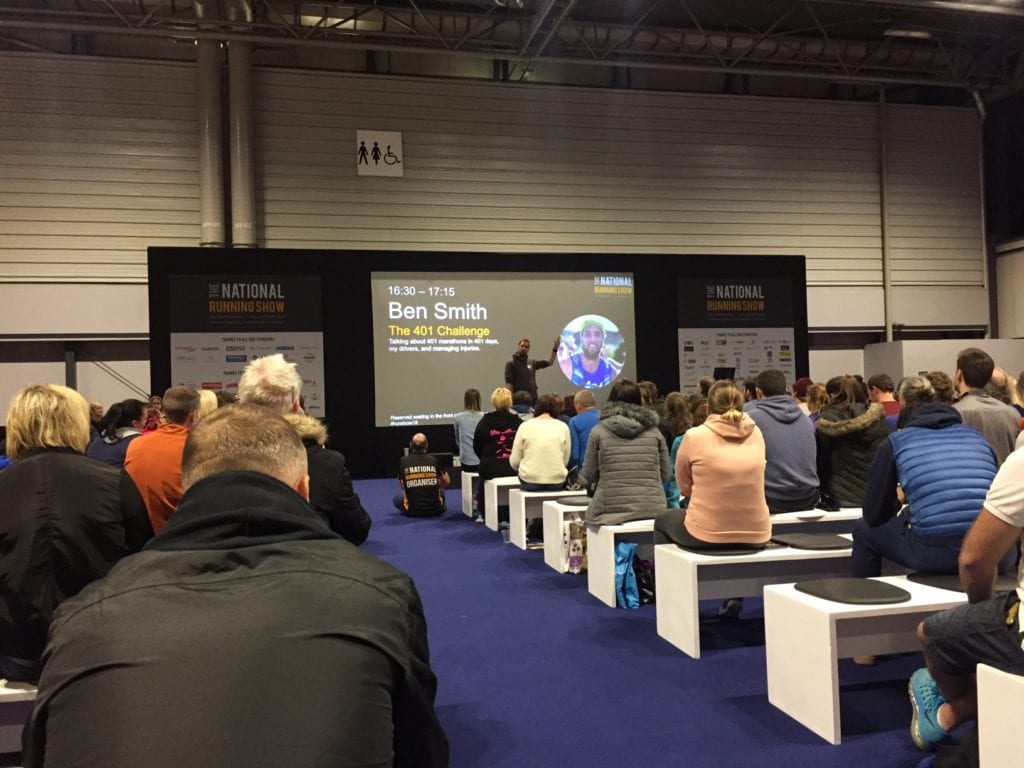 As official partners of the event, we attended with two of our best Sales Advisors, Simon and Caroline and our Marketing Manager, Ruth. As we were also exhibiting, we took along our exhibition stand complete with two Feather Flags, a large LED Feather Flag, a Seaside Board, Scrim, Bravura, a Podium and a Counter – we were careful not to leave anything behind don’t worry!

The team spent the weekend on stand B36 welcoming attendees onto the stand. As you can see, there was a lot of love for the seaside board from both Ruth (our Marketing Manager) and attendees. 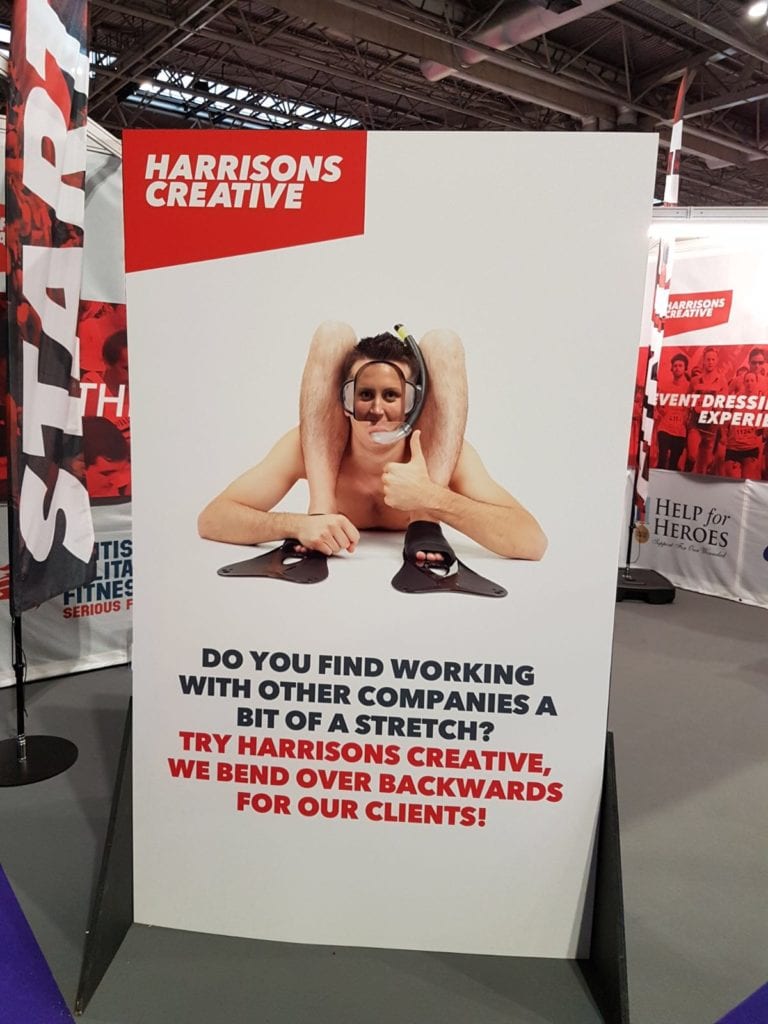 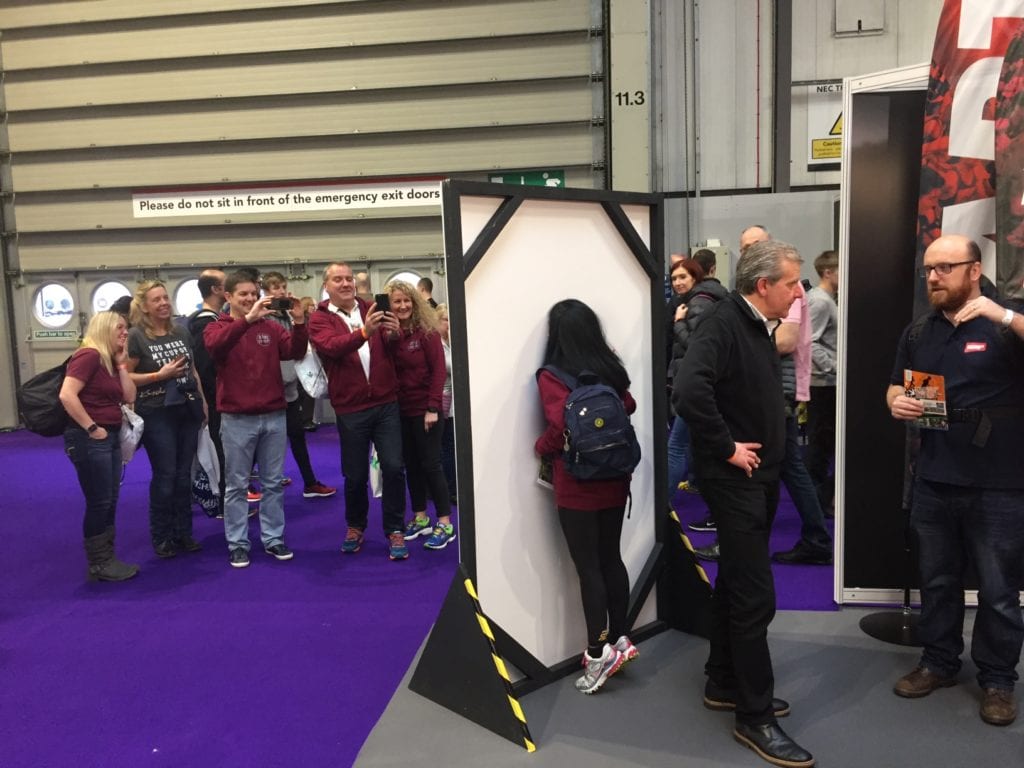 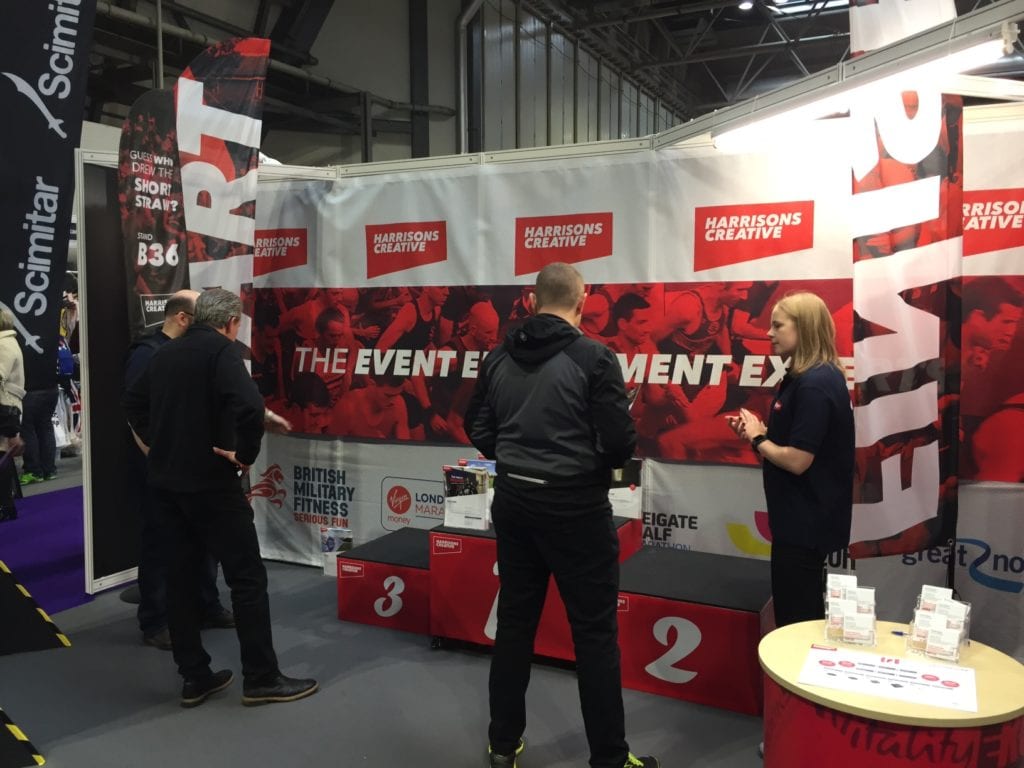 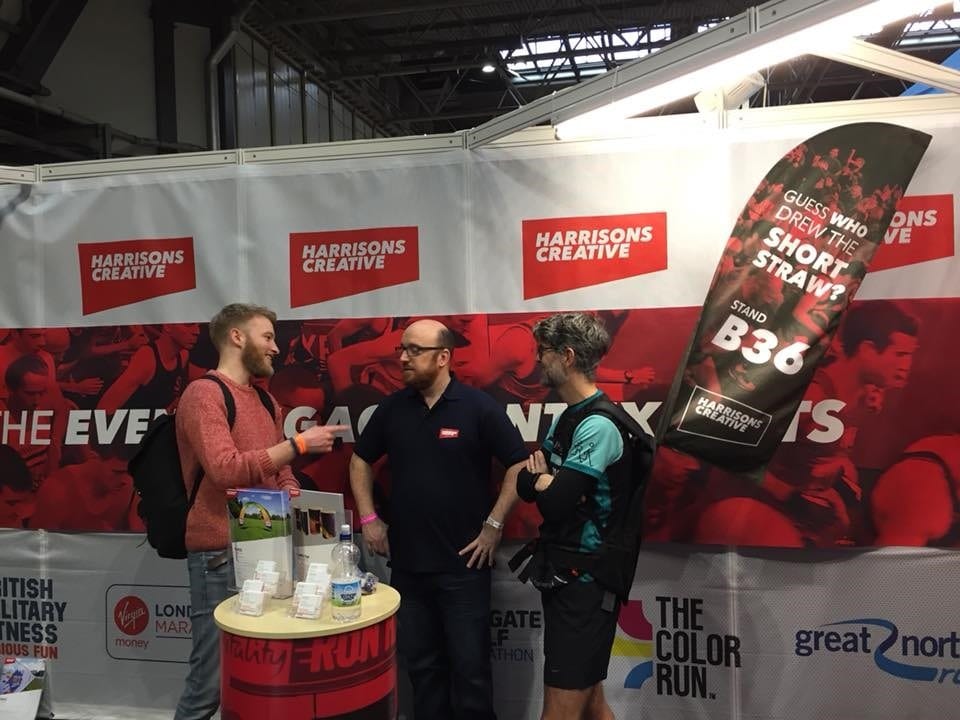 After a long first day of exhibiting, many started to head home to refuel for the next day. Our team didn’t quite have that pleasure. Instead, they were off to network at Highline Bar. We should mention that we also sponsored the event and were offering free drinks for two hours. They had no choice but to go and show their faces!

They didn’t show up empty handed though. Still in their PB tops, they showed up with board games and beer mats displaying a message relatively straight to the point – get your toolbox out, we’re about to get hammered.

Our team were on strict instructions not to be too literal with the beer mat messaging. To be fair, they did a great job. They had numerous positive meetings with exhibitors and with those simply walking the show, which is always a good sign!

The team were up bright and early rearing to go on the final day of exhibiting. As expected, it was another successful day and as you can see, Caroline was feeling like a champion!

Simon took himself off to network and ended up on Back Baller’s stand. Going by the look on his face, I don’t think he really knew what he was doing. 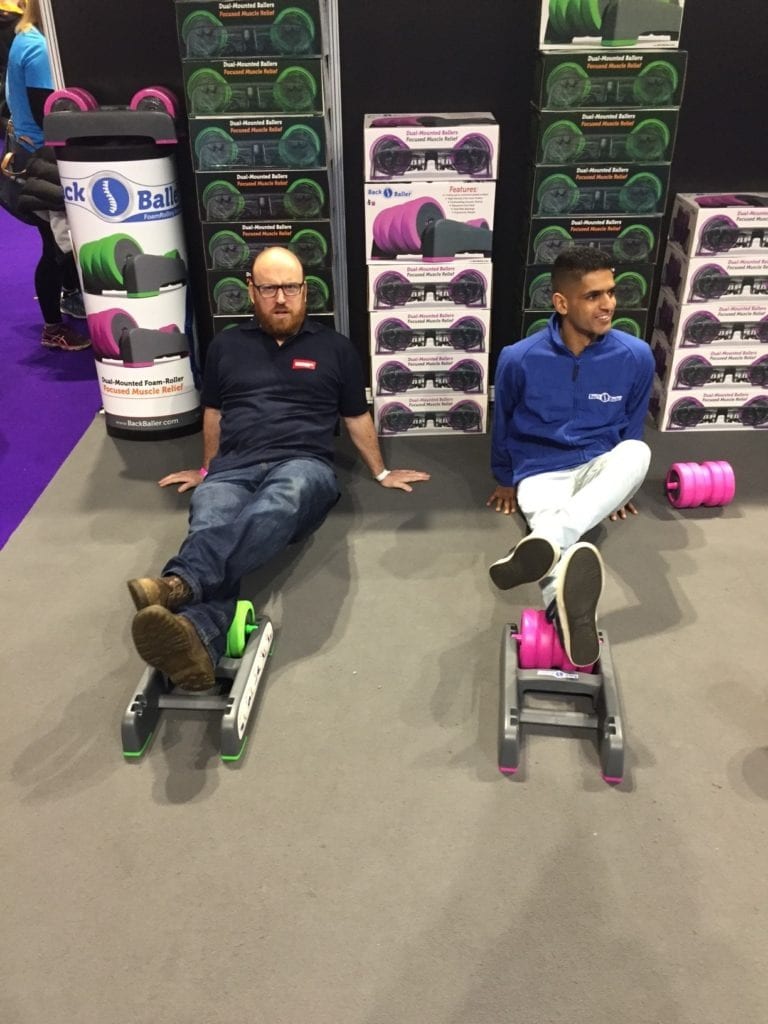 We’re looking at attending The National Running Show next year. If you didn’t make it this year, make sure you come along and see us!