Experiential marketing. Often known as engagement marketing, live marketing and event marketing. It is a marketing strategy that directly engages consumers. It encourages and invites them to participate.

The purpose of experiential marketing is to create a positive association between a brand and an experience. The most important aspect of the campaign is the actual experience the consumer has.

Below we highlight some of the best experiential marketing campaigns to date. They are sure to get you thinking about how creative your next campaign can be. 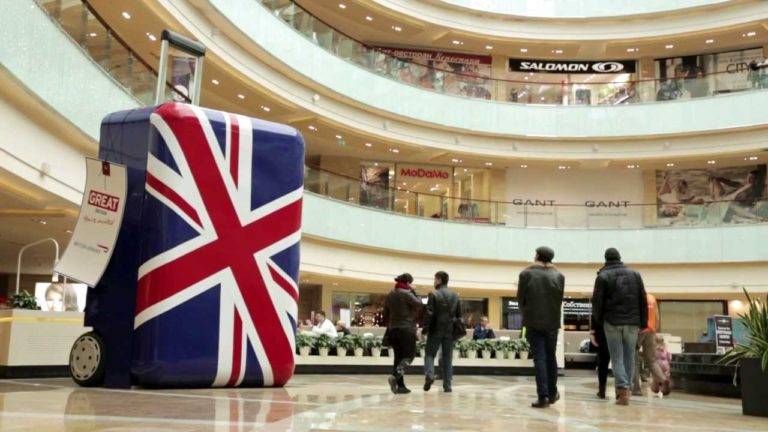 When you want to make an impact, why not place an oversized suitcase in the middle of a shopping mall?

That’s exactly what British Airways and Visit Britain did. They partnered together and set up a giant suitcase, emblazoned with the Union Flag. It was sure to grab the attention of every passer-by, whilst simultaneously promoting their brand.

It was announced over a loudspeaker in the biggest shopping mall in Moscow that a flight was boarding to London. To the amazement of passer-by’s, the suitcase opened up and a British Airways flight attendant stood outside.

The first person to board was a Scottish bagpiper. Followed by Sherlock Holmes and Watson, the Beatles (hounded by paparazzi, of course), Mary Poppins and even the Queen with a corgi.

It is any surprise that practically everyone in the shopping mall stopped to watch?

The aim of this campaign was to encourage travel to Great Britain. This was strategically timed ahead of EasyJet’s entry into the Russian market. The idea was to attract the attention of leisure and business travellers from Russia, by giving them a personal invitation to visit Great Britain… And all that it had to offer. This was highlighted through the passengers entering the oversized suitcase. 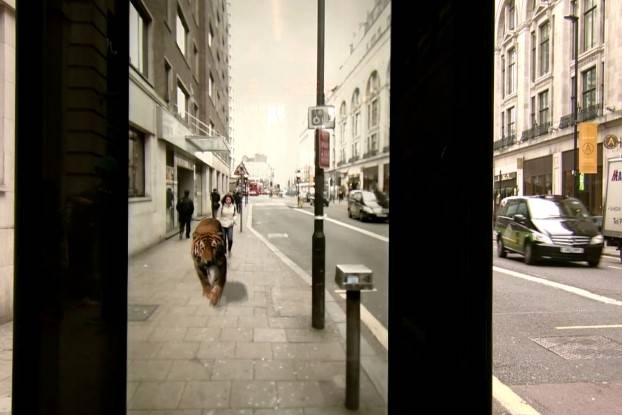 Pepsi wanted to create a campaign that would bring the ‘unbelievable’ nature of the drink to life. The idea behind the marketing campaign was to bring unbelievable events to people all over Britain. Starting with a bus stop on Oxford Street.

Pepsi used the element of surprise to set up the ‘Unbelievable Bus Shelter’. The use of cutting edge technology was used to install a video screen, resembling the glass panel of the bus shelter.

This bus shelter however had a twist.

The bus shelter was fitted with a screen, with realistic augmented reality videos. This would revolutionise how people saw Oxford Street by surprising commuters giving them ‘an unbelievable moment during their day’. The videos featured a massive tentacle popping out of the pavement, UFOs gliding down the street and a guy gliding through the air with balloons.

A film crew were there to capture the reactions of the public, which soon became an internet sensation! 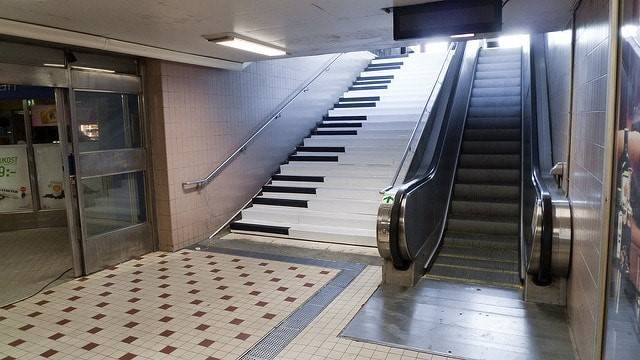 Volkswagen are primarily known for being a car company. In recent years however they have been known for extending their brand beyond the automotive industry.

They created a concept ‘the fun theory’, where they attempted to alter people’s behaviour. This was done by adding an element of fun. For this particular experiential campaign, Volkswagen created ‘piano’ stairs in a subway in Germany. Placing them right next to the escalator…

Commuters who would usually take the escalator, subconsciously altered their behaviour and took the stairs. They were able to play their own tunes as they went up and down each step. As a result, 66% more people chose to use the stairs as opposed to the escalator.

Some people found it odd that a car company would use musical steps for a marketing campaign. It was however, a massive success. It resonated with a simple human emotion – having fun. When a company can associated with an emotion, they have already won over the customer.

There are hundreds of experiential campaigns which take place worldwide every year. The three highlighted above are some of the most talked about campaigns to date. This is because they have successfully engaged people during their everyday life. They have made an impact and have sparked conversation – the key to any experiential campaign.