The Ayr Classic 5 Mile Run is a classic road race at a world class venue – Ayr Racecourse, home of the Scottish Grand National. The inaugural event took place on Sunday 6th October and comprised of 2 laps of the racecourse, an open and flat course that’s ideal for first time runners and walkers as well as experienced runners looking to beat their PB’s. The event, aimed at families, also included a Junior Run of 3km and a family mile as well as the opportunity to run with colleagues as part of the Classic Corporate Challenge.

The event organisers required some branded materials to clearly identify the start/finish line as well as some branded photo opportunities for their participants and attendees to support the event, generate interest and increase engagement on social media platforms. 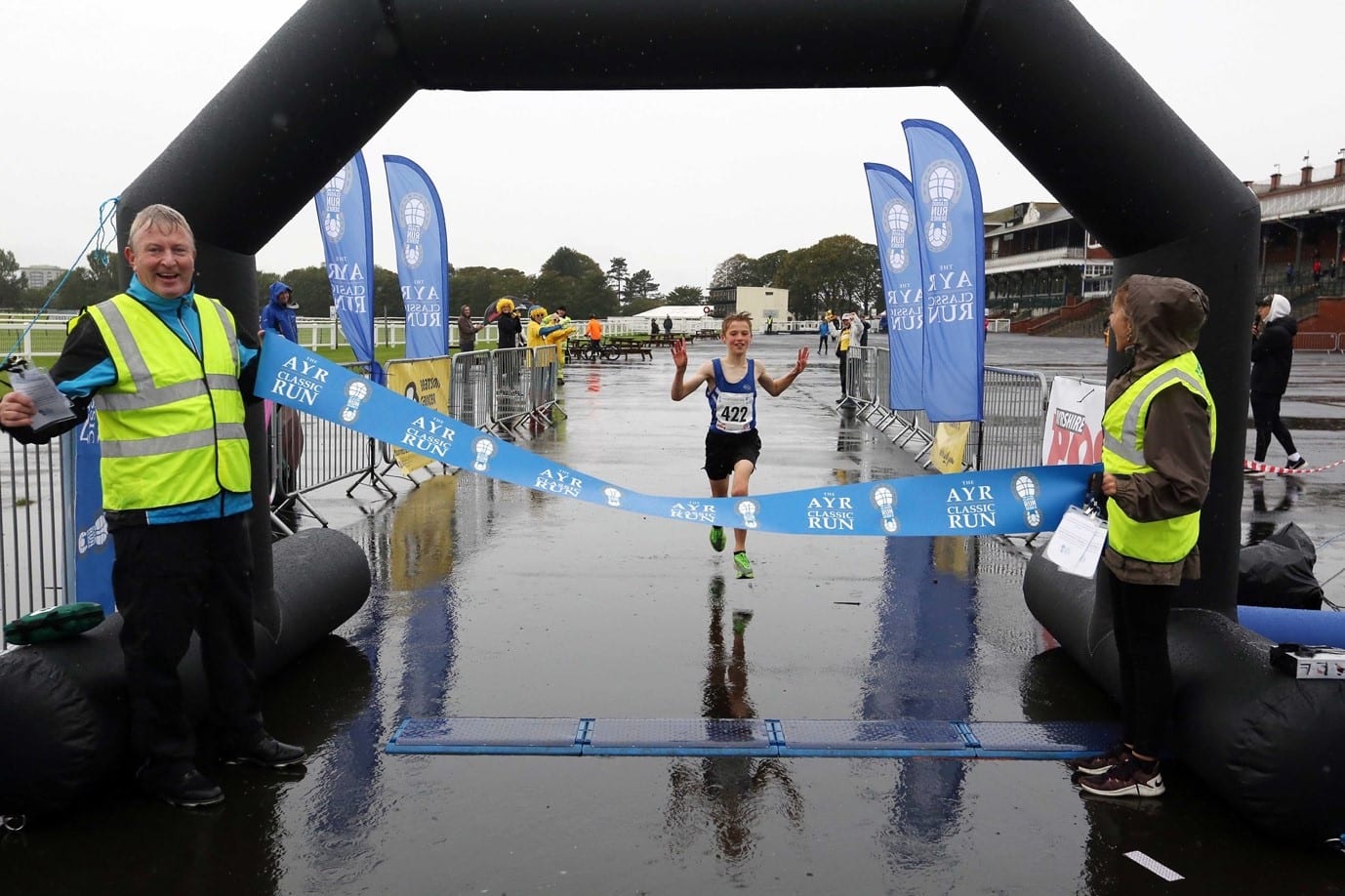 Despite the event being hit by torrential rain and strong winds the flags stood proudly throughout the event and helped inject some colour on what was otherwise a wet and gloomy day. 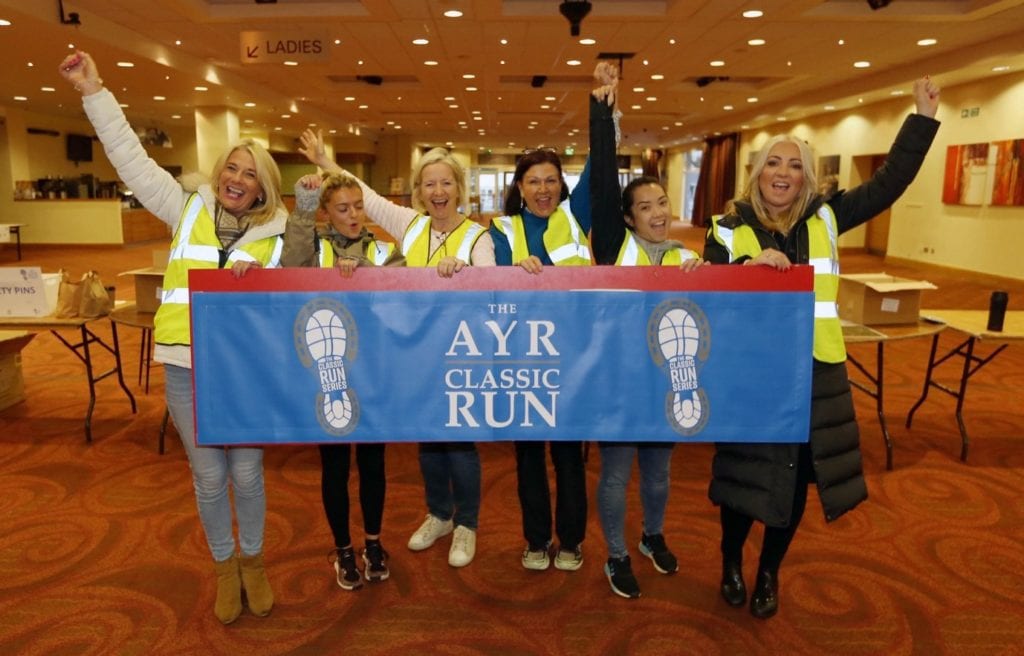 Custom sized branded PVC patches were also produced which were adhesive and designed to be used on the inflatable gantry as a temporary branding option that could easily be removed and replaced for each event in the Run Series. Unfortunately, due to the bad weather, these patches could not be used as originally intended but we’re put to good use inside the venue instead  (see right).

We also produced  a large backdrop for the organisers, who requested something that could be used as a branded background for photo opportunities and an area for finishers to celebrate and have their picture taken which in turn will help to increase exposure for the event. This backdrop was used to present trophies and prizes to event winners.