We were looking for an exhibition stand to take to the Event Production Show in London, that would showcase our three areas of expertise – Event dressing, Exhibition build and Experiential fabrication.

The floorspace we had to play with was 6m x 5m, therefore we wanted the stand to incorporate space for meetings, whilst simultaneously being interactive, striking and memorable.

It was essential to demonstrate our creativity whilst utilising our in-house skills.

Keeping the stand in line with our brand was also vital. 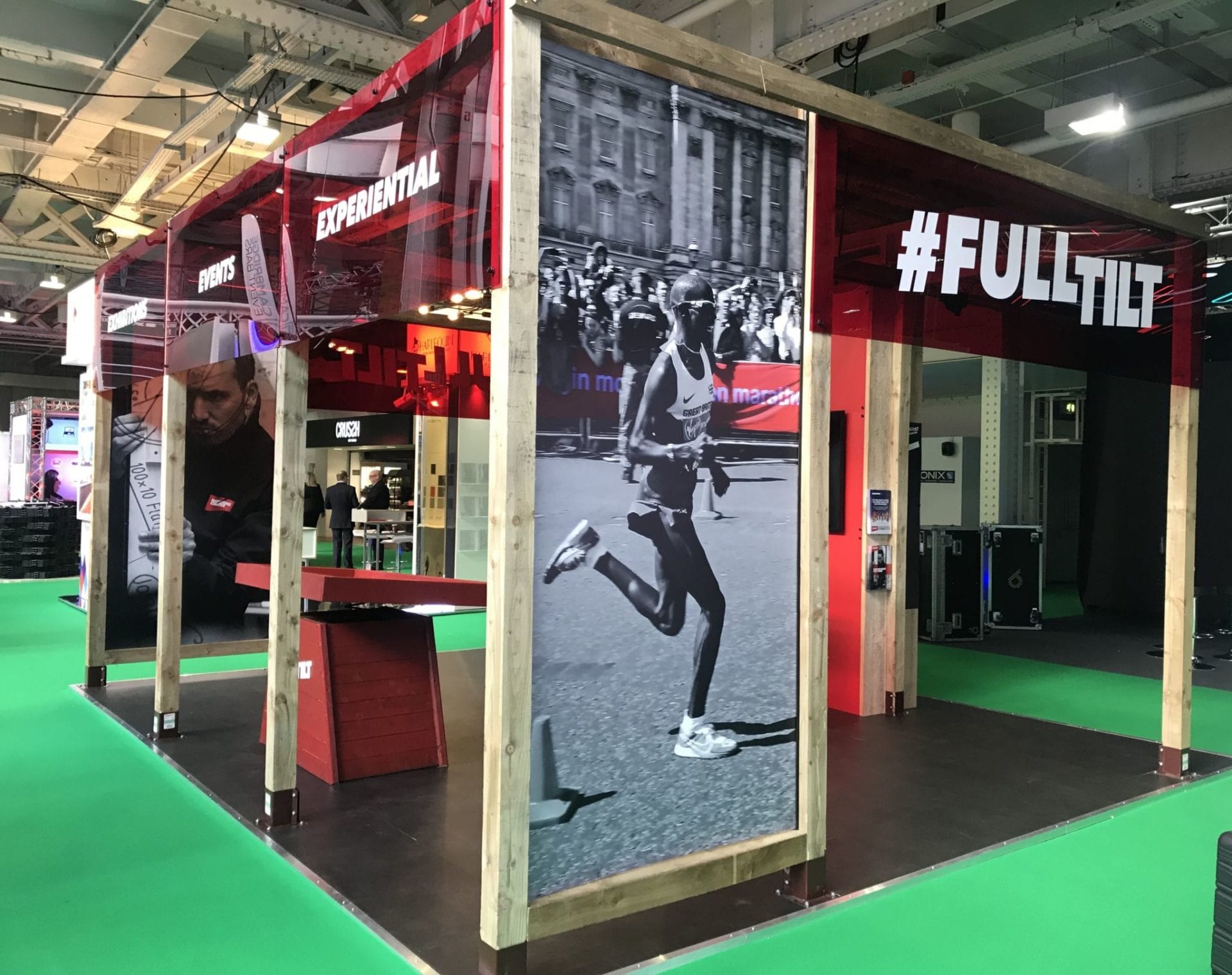 We had a brainstorm to get the ball rolling, where it was agreed that a game was to be the focal point of the stand. This would help make the stand interactive, whilst achieving several of the given objectives.

To help choose the design, our expert designer showcased multiple 3D renders, allowing us to visualise the stand.

The game we decided on was #FullTilt and the idea behind it was to roll the marble from the beginning of the logo through to the end, showing that with experiential marketing you don’t have to rely on a large budget.

The stand itself was made from reclaimed timber beams, keeping it open and inviting to attendees.

The stand had two 65” TV’s, one on the inside and one on the outside of the wall, allowing us to loop a corporate video showing what we do, case studies and testimonials.

Four large graphics were printed which again added emphasis to our key areas of expertise.

Overall the EPS was a huge success, giving us the opportunity to build new relationships and meet with suppliers. The #FullTilt game attracted people to our stand, allowing us to fulfil our objectives, specifically that you didn’t have to spend thousands on experiential marketing. Most importantly, we gained new and valuable leads and we were able to showcase our capabilities.

Maybe you’re wondering what we’ll do with the stand now the event is over? Well, because we have a 40,000 sq ft site in Newton Aycliffe, we’ll store it safely until we have the opportunity to reuse the frame, or at least parts of it!

We’ll even hire it out, allowing others to wow their customers immediately – obviously we’d use your graphics and branding so that it’s completely your own.

How Can We Help You?